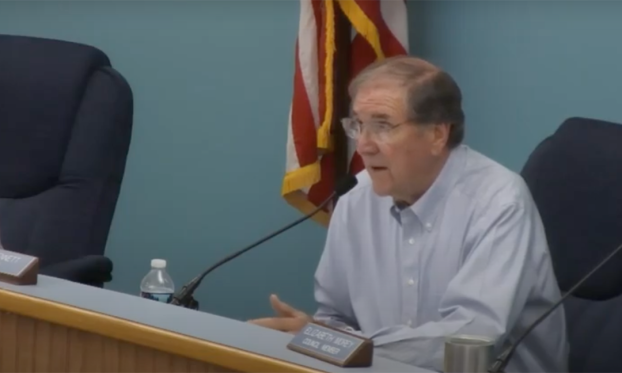 Southern Shores finally voted to approve tax rates for beach nourishment funding. During the public comment portion of the meeting, several letters were read and several residents spoke in person in favor of equitable rates for the municipal service district (MSD) funding. “It’s time to fish or cut bait on this,” said council member Leo Holland.

For the last several months, council members have been gathering public opinion and adjusting numbers to come up with rates. The town is also contributing $1 million from the unassigned fund balance to reduce the burden on residents. Out of multiple options, council approved Option Two, which establishes the MSD rates as follows: MSD 1 (7.15 cents); MSD 2 (3 cents); town rate (4 cents). MSD 2 also includes the town rate, and MSD 1 includes both the town rate and the MDS 2 rates, bringing the total MSD rates to: MSD 1 (14.15 cents); MSD 2 (7 cents); town rate (4 cents).

The town rate has risen throughout the discussion process, originally starting at 1.98 cents, rising to 2.75, then to 3.42 and finally being voted on at 4 cents. The increase in the town rate is in response to community input and council agreement that the entire town benefits from the beach, and also in response to input from MSD 1 residents who were facing significant tax increases. A letter from the Price family said that the prior proposed rates were “neither fair nor equitable” and their tax rates for their property would raise from about $9,000 to $12,000.

The MSD tax rates needed to be established so the town manager could move ahead with the recommended budget.

The council then heard from a resident requesting exclusion from his MSD district. The request was denied. Council member Matt Neal made a motion to deny the request because he did not believe the property was unique. “This is just another example of us having to make hard decisions for the benefit of the town,” said Mayor Pro Tem Elizabeth Morey, who seconded the motion.

Next, the council discussed traffic problems. Memorial Day traffic was high and residents were concerned and angry. Several letters were sent to council member for public comment. “Stop cut through traffic now,” wrote Wendy Hawkins. John Worthington wrote about “the hell we endured” due to construction and traffic over Memorial Day. 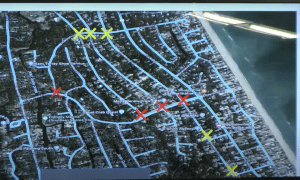 Much of the traffic concerns involve Hillcrest Drive, Sea Oates Trail and Wax Myrtle Trail north of E. Dogwood Trail. Council member Jim Connors said, “No matter what we do, it’s going to bring some inconvenience to other parts of town.”

The council voted to approve “No Left Turn” weekends from June 12 to August 15 at the intersection of US 158 and S. Dogwood Trail for cars that cut through neighborhood streets to avoid the traffic at the light and to approve two more “No Left Turn” signs for through traffic.

After much deliberation and community input, the council also voted to approve a preliminary subdivision plat at 279 Hillcrest Drive.

The last two items on the agenda – public hearings regarding eaves and use and occupancy – were tabled until the next meeting.

DMV: Prepare for long lines this summer, try online instead

Molesky sentenced to life without parole for murder of Adam Markert