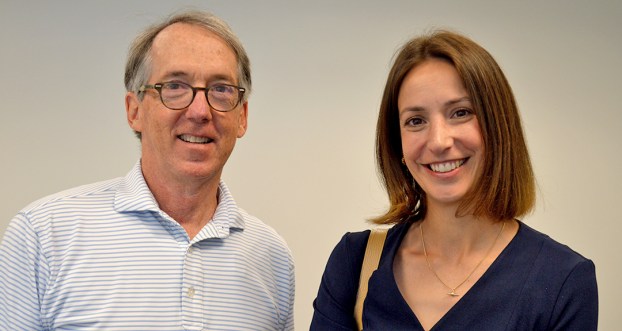 Dare County commissioners moved ahead in designating two sites for evaluation for a mix of year-round workforce and essential housing.

At a June 1 special meeting on housing, the commissioners asked staff at the Development Finance Initiative of the UNC School of Government to evaluate two sites: the Bowsertown site owned by Dare County and the existing, privately owned Elizabethan Inn in Manteo.

He also stated “we’re going to have to spend some money.”

Development Finance Initiative project manager Sarah Odio is expected to develop the necessary information to evaluate the two sites, recommend a path forward and present a draft of a Request for Proposal soliciting responses from private developers.

For Dare County, workforce housing is defined by income and rental limits set in a program for Low-Income Housing Tax Credit. The federal government issues tax credits to states. In North Carolina the agency is called the North Carolina Housing Finance Agency, which awards tax credits to private developments under a competitive process. Developers then sell the credits to private investors to obtain funding. When housing units are occupied, investors can claim the tax credit over a 10-year period.

For the 4% tax credit, applications can be submitted any time between May 1 and October 1, 2021 at 5 p.m. according to information in the 2021 Qualified Application Plan published by the state’s Housing Finance Agency.

For the Low-Income Housing Tax Credit program, maximum income is $42,000 per year for two-income households and $38,000 for a single person. Generally, Dare’s commissioners are expecting rents under $1,000.

The 7.8 acre Bowsertown site has been singled out for at least 15 years as a location for workforce housing. It seems to qualify for a 4% tax credit project. 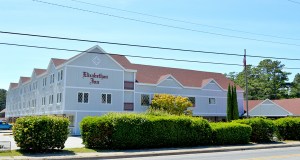 The Elizabethan Inn is a new site entry. The inn has 78 units, says Raj Patel, of the inn. The inn itself has one apartment, an efficiency and single and adjoining rooms, which can be combined to make an apartment or efficiency with some remodeling. Various amenities are associated with the inn, such as indoor and outdoor swimming pools, a meeting room, a gym and a restaurant.

At the meeting, Odio said the shortfall in rental units for low income residents is 1,200 units. Projects envision partnerships with municipalities. Both sites under consideration would call for working with the Town of Manteo.

County manager Robert L. Outten told the board that staff tried to write a Request for Proposals but did not have enough information. “We’ve just got to have direction.”

Outten also said that it is possible to “mix” tax credit units and essential housing, which is aimed at public service workers.

Odio said that a financing gap due to land values and construction costs could require a “soft loan” between $4 and $5 million plus land costs in any proposal.

She said the SAGA-Taft Mills Group proposal “is within reason.” That proposal requires a $4.5 million loan from the county. “The gap is the gap.”

During discussion, Woodard said the SAGA proposal was off the table, due to rising construction costs requiring recalculation of costs. The proposal called for a response by June 7.

Outten will head a work group to pursue details.

Molesky sentenced to life without parole for murder of Adam Markert