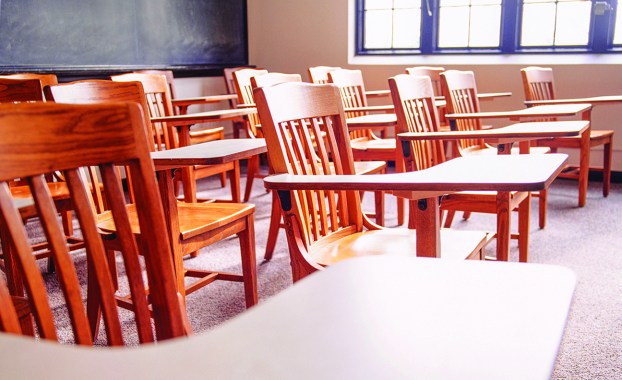 Republicans back program for students lagging from virus

Children who have struggled to adapt to virtual learning during the pandemic would be greatly helped by a summer school program designed to target K-12 students in North Carolina at risk of academic failure, House Speaker Tim Moore said Tuesday while unveiling the proposal.

Moore and other House Republicans are backing legislation that would require each local district to offer the in-person six-week “school extension learning recovery and enrichment program.” Teachers and other staff who want to work in the summer would be hired temporarily beyond their usual school-year contracts.

At-risk students who have fared poorly on year-end tests would get priority seating in the program, although enrollment would not be mandatory. Other students could participate if there is capacity, but Moore anticipates there will be instruction for any parent that wants it — he cited $1.6 billion in additional federal funds that were approved last week and are being distributed to districts to address COVID-19 challenges.

“There’s a lot of children who are going to be getting tested, and they’re not going to be at grade level,” Moore, a Cleveland County Republican, said at a news conference about the measure, which will get a committee hearing Wednesday. “I submit to you that most parents are going to want to take advantage of every resource they can to know that those children are getting caught up.”

The program would have to receive both House and Senate approval before going to Democratic Gov. Roy Cooper’s desk.

Also likely heading to Cooper soon is final, separate legislation that would direct K-12 school districts to offer at least partial in-person instruction within about two weeks of the bill’s enactment.

Senate and House Republicans settled this week on a compromise agreement, which the senators went ahead and voted for late Tuesday by a vote of 31-16. Moore said he anticipated a final vote in his chamber on Wednesday. The final bill closely follows competing earlier House and Senate measures.

While Cooper and other education leaders have urged schools to reopen, the governor has expressed concern about directing a statewide mandate and prefers persuading districts to act on their own. The legislation, which Cooper would have to decide whether to sign or veto, still would provide parents the option of sticking with at-home learning this school year.

Many public school teachers are worried about returning to the classroom without receiving a vaccine first. Federal health officials have said schools can reopen safely without immediate vaccinations for teachers and staff, provided that social distancing and other precautions are followed.

In the final measure, local school boards would be directed to create a process where teachers and staff can self-identify as high-risk for COVID-19, so that they could receive alternative work assignments that minimize face-to-face contact. Teachers or staff with sons or daughters who are at high risk for the coronavirus also would be able to receive alternate responsibilities.

Cooper announced last week that teachers, principals and school staff of all ages could get vaccinated starting Feb. 24. But vaccine supplies may prevent immediate access to the shots.

A family’s remarkable record of service

By Joan L. Collins Many, especially locals who live on the Outer Banks, are aware of the story of Keeper... read more