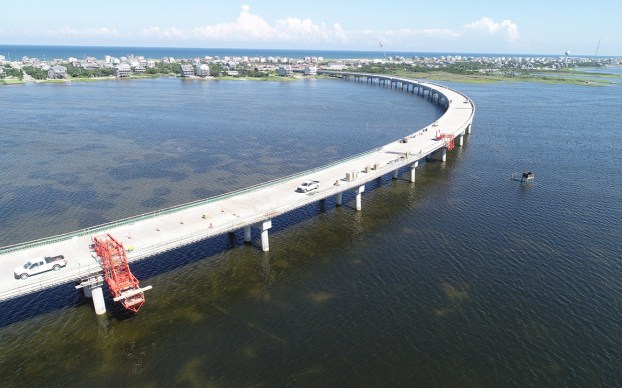 Completion of the Rodanthe Bridge is expected in a year, at the end of 2021.

As of Dec. 3, the bridge is 54 percent complete, said Pablo Hernandez, NCDOT resident engineer in the Manteo office, at a public virtual update meeting on Dec. 3.

As previously reported, construction at the northern end has been delayed due to difficulty installing pilings. Work continues to be slow going.

Completion of the roundabout at the southern end of the bridge may happen this winter, depending on weather and contractor availability. Paving and curbing installation remains to be done.

NCDOT will hold its next virtual update meeting March 4, 2021.

The North Carolina Department of Transportation has reported that six employees on the Pamlico Sound ferry route between Cedar Island... read more