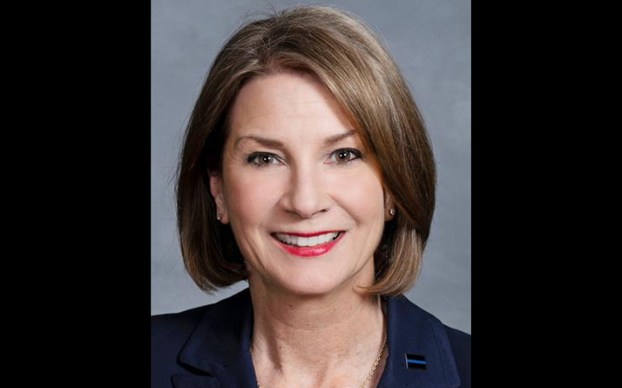 North Carolina Senate Republicans picked Sen. Kathy Harrington on Monday to be the next majority leader, putting a woman in that position for the first time since the chamber created it over 40 years ago.

Harrington, entering her sixth term from Gaston County, was elected unanimously during a closed-door meeting of the Senate Republicans who won on Election Day, according to a GOP news release. Republicans will hold 28 of the Senate’s 50 seats when the next General Assembly convenes in January, a one-seat decline compared to the previous two years.

The caucus also agreed unanimously to nominate Sen. Phil Berger of Rockingham County as its choice for Senate president pro tempore, which is the chamber’s most powerful position. The entire chamber votes for the post, but it’s almost assured Berger will retain the job he’s held since 2011 when the two-year session starts Jan. 13. His time as Senate leader is second only to Democratic Sen. Marc Basnight of Dare County, who served 18 years at the top.

Harrington, 61, will succeed departing Majority Leader Harry Brown of Onslow County, who decided not to seek reelection to the Senate this fall. Brown — the majority leader since Republicans took over the chamber a decade ago — and Harrington have served recently as two of the Senate’s chief budget writers.

Harrington, a Gastonia native and real estate broker, was a Republican activist back home. Her husband served briefly in the state House in the early 2000s. She won her own way to Raleigh, where she’s been known in part for her low profile on the Senate floor and disinterest in attention from the news media. Meanwhile, she moved up the GOP leadership ladder, becoming a co-chairman of the Senate Appropriations Committee.

Harrington “is a powerful voice in the caucus and works tirelessly behind the scenes,” Berger said in a news release. “You may not read about her very often in the paper, but she’s a force in the Senate.”

Harrington said in the same release that it’s an “honor to have earned the faith and trust of my colleagues for this leadership position.”

Republican staff workers in the Senate say the majority leader’s job was created in the chamber in 1977. Republican Betsy Cochrane of Davie County was minority leader in the 1990s.

Republicans retained several highly contested state Senate seats and won back a seat in Wilmington while keeping the majority they’ve held for 10 years. Democrats won seats in Wake and Mecklenburg counties when GOP incumbents declined to run again and as the districts became more Democratic as a result of redistricting in 2019.