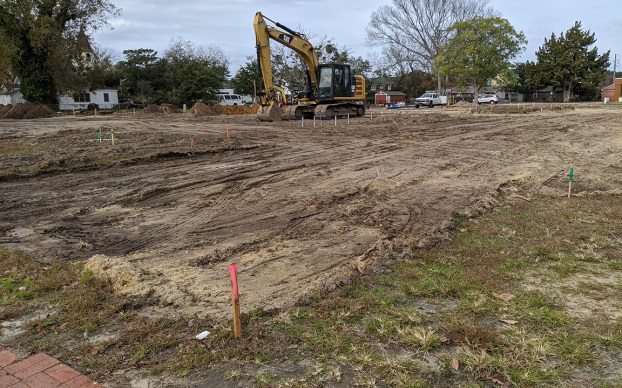 The Manteo Board of Commissioners has approved two text amendments to the town’s zoning ordinance. The approvals, in separate actions, came after weeks of discussion, Planning Board review and public hearings.

The first amendment adopted includes language that will allow the use of mechanical boat lifts in marinas located in the town except in the town-operated waterfront marina and adjacent boardwalk area. The language adopted includes the town’s Planning Board recommendation that the boat lifts be limited for boats under 28 feet or less in length and that boats should be removed from boat lifts within 24 hours of expected arrival of a named storm.

Commissioners also adopted text changes and a consistency statement related to colleges, universities and community colleges. The text change allows college buildings to exceed 20,000 square feet, eases parking restrictions and modifies positioning of college buildings on the site. The changes were necessary to accommodate a planned College of The Albemarle campus planned for Manteo.

Manteo town manager James Ayers also gave an update on the Manteo Town Common project. Responding to a query from commissioner Darrell Collins, Ayers told the board that the project was on schedule. Ayers said the parking lot portion of the project should be completed by late February. The green space and park portion of the project is projected to be finished in April.

There was only one public comment during the November 18 meeting. Andrian Tillett asked that the poor state of sidewalks in the town be addressed. Tillett, who helps organize group walks, described the lack of upkeep on the unsightly walkways has led to a recent pedestrian fall and asked the town to help resolve the unsafe conditions. Later in the meeting, the commissioners asked the Manteo manager to contact the Department of Transportation to discuss those concerns.

The next Manteo Board of Commissioners meeting is scheduled for December 4 at 6:30 p.m. During the pandemic, the meeting can be viewed on the Zoom platform. An audio feed of the meetings is also provided. Links to the video and audio feeds can be found on the Town of Manteo website: www.manteonc.gov.