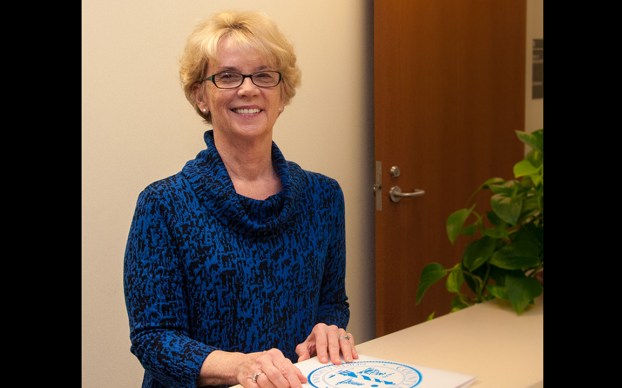 Bea Basnight signs up to run for re-election to the Dare County Board of Education in 2015. File photo

Bea Basnight says farewell to school board: ‘It’s been a true pleasure to serve’

Praise for her leadership swirled around Bea Basnight as she presided over her next-to-last meeting of Dare County’s Board of Education.

Basnight lost her re-election campaign by 880 votes. Two new and two returning board members will be sworn in and assume office Dec. 8, 2020.

For Basnight, the Nov. 10 meeting capped a 47-year education career in Dare County. She taught at Manteo Elementary School for 35 years and was elected to the school board in 2008.

She commented that the board meeting was scheduled for Manteo Elementary, which would have brought her back to the place where she started her Dare County Schools career, but the coronavirus intervened and the meeting was held at Manteo High School.

In her final remarks, Basnight reiterated her approach to decision-making: “students come first.”

To the system’s teachers, she said “you are the best!” She advised “never underestimate your power.”

Basnight called out as achievements securing the new addition to Manteo Elementary School, which took three years, purchasing a corner lot adjacent to Manteo Elementary for future expansion, and repairing and strengthening the partnership with Dare County Board of Commissioners.

“That’s the best thing we’ve ever done,” said Dare County Board of Commissioners Chairman Robert L. Woodard recalled. He was referring to creating the 5 on 5 Committee so commissioners and staff could talk with the school board and staff. Three commissioners plus the county manager and county finance director continue to meet with three school board members and the superintendent and the school system’s chief financial officer.

“We have built a coalition,” said Woodard. “You have offered me support. I’ve treasured your friendship. Thank you.”

The relationship between the two boards was noted by school board attorney Brian Shaw. Back in the 1990s, “the relationship with the commissioners was not the same,” said Shaw. He remembered a time when the Board of Education walked out of a Board of Commissioners meeting. Shaw credited Basnight with bringing the boards together.

In July 2016, Basnight was elected chair of the Dare County Board of Education. She was nominated by her predecessor Ben Sproul. She had previously served as vice chair of the board.

To current Superintendent John Farrelly and the system’s administrative team, Basnight said “you are amazing.”

About the superintendent search, she said “we got it right.” She praised Farrelly’s leadership, his attention to detail and his compassion for all.

In the 2012-13 school term, the entire state switched to the Common Core curriculum. It was the first time that standards changed in all subjects at all grade levels at the same time.

And, during her tenure, new accountability measures were developed for school systems across the state. School report cards were issued; student academic growth was measured; graduation rates were pushed. By 2015, Dare County Schools had the second highest graduation rate in North Carolina.

A College Now program was started in 2016, the only one in the state at the time. Previously, the system had pushed Advanced Placement courses. The College Now program offered students the opportunity to earn college credits from College of The Albemarle for free while still in high school. That emphasis is highlighted with the new College of The Albemarle campus now under construction.

In 2018, the Spanish immersion program was started in four of five elementary schools.

“It’s been a true pleasure to serve,” said Basnight at the end of her farewell remarks.

Basnight received a plaque commemorating her service from July 2008 through Nov. 2020. Farrelly made the presentation. He counted himself very fortunate to have Basnight “as a mentor, friend and colleague.”

A plaque was also presented to Harvey Hess, who served as a board member from Feb. 5, 2020, filling the seat of Ben Sproul, who resigned to assume the duties of mayor of Kill Devil Hills.

Out shopping for dinner, Burak Davrekanli decided to try his luck on two $5 tickets and one of them won... read more