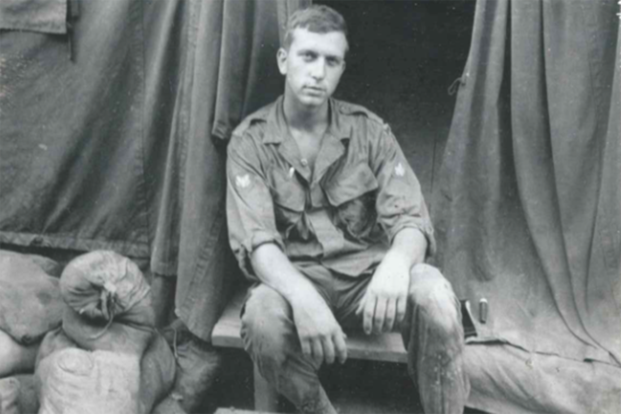 When Craig Blackman presented his idea for a class project seven years ago, he had no idea how many lives it would touch.

Blackman has taught U.S. History at Indian River High School in Chesapeake, Virginia since 1987. In 2013, Blackman thought of a unique class project, intended to honor 25 veterans who were slain in the Vietnam War.

“It started in the fall,” Blackman told The Coastland Times, “and I gave every pair of students one veteran.” The goal was to have his students use the Vietnam War Archives, housed at Texas Tech, to write an essay about each of the veterans assigned. To develop important historical thinking skills, the students were required to provide appropriate military context for each soldier.

“I wanted something personalized that would bring history to life for my students while also doing something special to honor the Gold Star families.” Blackman had each pair of students also interview these families to gather evidence for their essays.

“It was a tremendous thing to see the students connect with these families . . . it was intergenerational learning.” 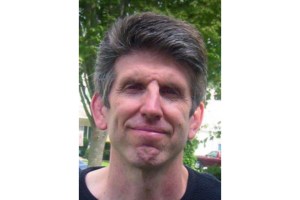 By the beginning of May, the students were able to connect with 24 of the 25 families. “It was truly a miracle,” Blackman said. The families were then invited to a commemorative ceremony in honor of their sons.

The City of Chesapeake ended up partnering with the school and agreed to pay for name pavers honoring each veteran on Memorial Day in 2014. “We had the families walking where the city had memorialized their sons; the students walked with them.”

Blackman reminisced on how special it was to see his students honoring the families. He was not the only one touched by the event; every family member who was able to partake took away something special from that day.

One family in particular has their roots in the Outer Banks.

Allan Midgett decided when he was 17 years old that he was going to enlist in the Army. His heritage traced back to a long line of men who served with the Coast Guard. His sister Dianne Midgett shared his story with The Coastland Times.

“We had a very military family, a family of service. For him [Allan] to want to go into military and fight a war was understandable,” Dianne said. She shared that Allan had gone over to Vietnam to serve for 18 months and received an honorable discharge. However, he reenlisted the next day.

According to Dianne, Allan had told his father: “Ya know pop, at the age of 19 I’ve been over here and feel like I’m a seasoned vet, every day I have to watch young greenies get off helicopters. If I stay, that’s one less that has to come over here.”

Allan had learned to speak almost fluent Vietnamese and was rumored to have started dating a young woman in Vietnam during his time. Shortly after reenlisting, Dianne said Allan went MIA.

“It was so hard on my parents,” she said. “That teacher and those kids did so much research; they were able to come back and tell us things we didn’t even know.”

Blackman had gone ahead and deciphered Allan’s letters he had sent home to his family. Instead of traveling to The Wall in Washington D.C. to see Allan’s name, Dianne said she and her sister were now able to travel across the state line to Chesapeake and look at the memorialized name of their brother. In addition, after the project ended, Dianne was able to meet some of those who had served with Allan. They shared stories of their time with him in Vietnam, and for the first time, Dianne said she was able to receive some closure.

“We just want to know those simple things,” she said. “Few will talk, but some will and the stories have been able to be shared with me.”

After becoming invested in finding out what happened to Allan, Dianne has learned more than she ever did before. She is currently trying to see if Allan was buried at a particular cemetery in Vietnam after hearing accounts from his war buddies.

The Midgett family name has rung in the Outer Banks for centuries. In Blackman’s book, which is based off his 2013 AP U.S. History project and the events that unfolded, he speaks to Allan’s story, the research that was done on his time in Vietnam and his legacy.

“Having Craig write this book and the amazing ceremony at city hall . . . I can’t tell you how moving and how much that has meant to me,” Dianne said.

“It was difficult story, but I want people to remember Allan Midgett’s courage and many sacrifices,” Blackman said.

Blackman’s book, The Long Journey Home: The Untold Stories of Forgotten Soldiers, is set to make its way into local bookstores. Blackman said Downtown Book is considering having a signing for him at their shop. Most importantly, he is excited to bring the stories of these “forgotten” soldiers to local homes, so that their names may live on forever in history. 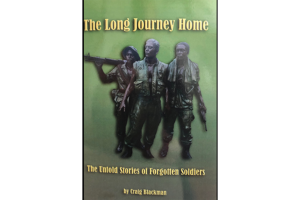