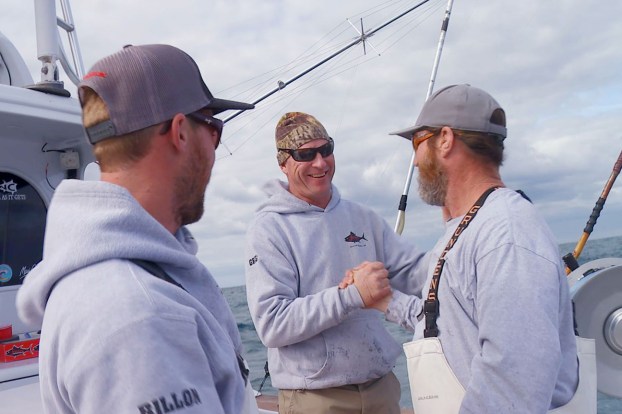 The season premiere of Wicked Tuna: Outer Banks is set to air Sunday, June 28 at 8:30 p.m. on the National Geographic channel.

This will be the show’s seventh season, with bluefin tuna boats from the north and south coming together on the Outer Banks to compete. Almost every captain showing up this season has won or been on the crew of a winning boat in seasons past.

Captain Greg Mayer of the Fishin’ Frenzy is no stranger to taking home the “blue gold.” He was dubbed champion of four seasons of Wicked Tuna and returns this season after a one-year hiatus.

Mayer told The Coastland Times that he has had a lot of fun on the show. “I never really envisioned that I’d get the chance to show everyone what I do for a living,” he said. “I saw it [Wicked Tuna] and never really thought that much about it until I came down here.”

By “down here,” Mayer means the Outer Banks, where he has made quite the name for himself over the past 29 years.

Mayer grew up along the coast of New Jersey and started fishing when he was little kid. “I worked on boats and one job led to another and I decided to join the real world.” The real world of commercial bluefin tuna fishing, that is.

When the opportunity to run his fishing operation washed on shore of the Outer Banks, Mayer grabbed it and decided to make this place his home.

As for the show, Mayer enjoys the fact that it brings recognition to his livelihood. “You can’t beat the advertisement that you get for your business,” he shared.

This season, Mayer will compete against Frenzy’s former first mate, Captain Nick Gowitzka. Gowitzka worked with Mayer for two to three years before running his own boat, Little Shell.

“We had a natural rivalry,” Mayer chuckled, “he and I are always back and forth anyway.” The friendly rivalry will play out on screen, along with another long-awaited battle between Mayer and his longtime friend, Captain Dave Carraro.

Carraro and his boat, FV-Tuna.com, are headed to the Outer Banks for the first time, after winning an unprecedented five times in Gloucester. He has been with the show since the start, and said he comes coming back because of how much Wicked Tuna has positively affected his life. “It’s great when we come in from fishing and see families and friends on the dock waiting for us,” Carraro told The Coastland Times.

“It’s even better watching all the kids get excited,” he added. Cararro grew up in Staten Island, New York fishing with his father. “We would go up to the Adirondacks and fish all the time,” he said.

When Wicked Tuna called, Carraro was hesitant at first to join the show. “I didn’t know how it would be perceived with other fishermen,” Carraro started, “in giving away our trade secrets.”

The concern was one shared by all captains and mates that auditioned for the show. Cararro said they made a deal with the production team to not film the secrets of the trade, such as how each boat rigs the bait.

Although Carraro and Mayer have had their fair share of winning streaks on the show, this will be the first time they compete head-to-head. “I’ve known Dave for over 30 years,” Mayer said. The pair grew up fishing the same waters, but moved their separate ways in the early 90s, one south and the other north.

Carraro said the unforgiving Oregon Inlet proves to be a challenge for his crew, given that they are not used to fishing in the Outer Banks. “We know the inlet is something we’re not used to,” he said. “My concern is the safety of my boat and the crew, and the danger involved with Oregon Inlet, something we are totally unfamiliar with.”

Despite the new, uncharted waters, Cararro said the season involves a real team effort, with crews helping one another out despite the fierce competition. 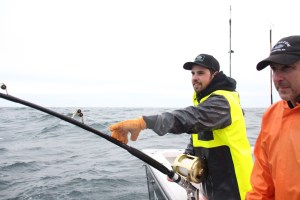 “Since we had the show down here, everyone social media wanted to see the DotCom versus Frenzy,” Mayer said. “That’s what the fans wanted, and that’s what they got.”

Tune in June 28 for the 90-minute season premiere of Wicked Tuna: Outer Banks and visit www.nationalgeographic.com for more information.

Melvin Daniels Bridge catwalk on U.S. 64 closed to public access on north side

Veterans, active-duty military and their family members across the country are invited to participate in the free North Carolina Veterans... read more