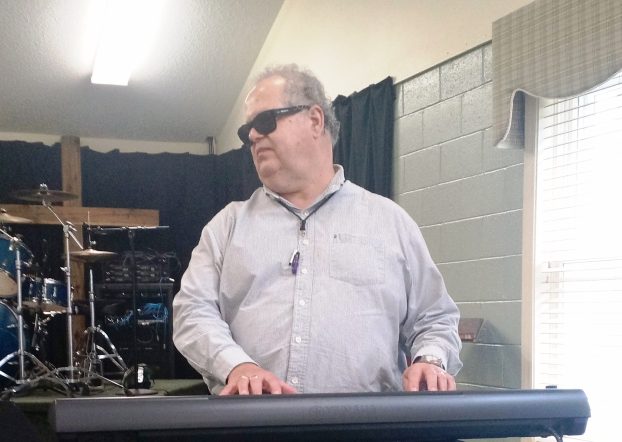 Reaching the world through music: Angelo Sonnesso to perform at Courthouse Sessions

The virtual concerts began on April 30 and will run every Tuesday and Thursday at 8 p.m. until the last performance on May 28. DCAC has gathered well-known locals such as Bill Rea & Family, Joseph Bell Tyson, Kim Kalman and more to perform.

On May 21, one familiar face will take the (virtual) stage and serenade the online crowd as he has been for 30 years in the Outer Banks.

Angelo Sonnesso grew up in The Bronx and Spanish Harlem of New York. After being in foster care until the age of 8 and constantly surrounded by the effects of drugs and alcohol, Sonnesso decided he wanted to get away from the crime-ridden streets and attend college.

Upon graduating from Columbia University, Sonnesso took on solo work for local churches and the New York City opera. He met his wife Gail while working in a 900-bed nursing facility and together, they moved to the Outer Banks in 1990. 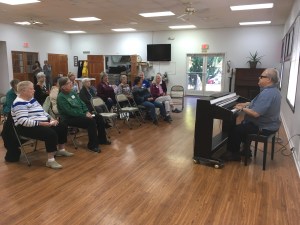 While in New York, Sonnesso’s musical talent had led him to perform at clubs such as the Waldorf Astoria. “The business down here was a lot less lucrative,” Sonnesso said, “but I was still playing seven nights a week.”

Sonnesso was the first musician to play live at OBX’s Jolly Roger Restaurant. Once word got out that a newcomer with an incredible voice was in town, Sonnesso found himself performing all over the Outer Banks.

Gail said her husband was asked to perform for Doc Watson, and opened for the Kingston Trio on Dare Day. “It was the coldest June Saturday I can remember,” she said.

Mann recalled the first time seeing Sonnesso perform. He played the piano to “The Wind Beneath My Wings.” “It was overwhelming,” said Mann. 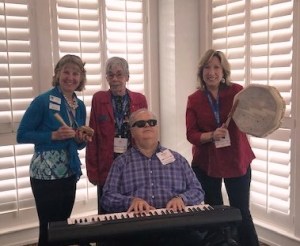 Becky Watson with Angelo and Gail Sonnesso during a presentation at the Southern Gerontological Society’s conference. Courtesy Gail Sonnesso

Mann’s band Captain’s Crew recruited Sonnesso to perform with them shortly after that. Mann said he had never seen someone so willing to help out with moving equipment, entertaining the crowd and assisting everyone he came across. “In spite of his blindness, he did his part.”

Sonnesso enjoyed his time with Mann and everyone else he was able to perform with. “I really loved that sense of community,” he said.

Around 1995, Sonnesso went back to school to pursue a career as a rehabilitation counselor and social worker for the visually impaired. He now serves the Outer Banks community, alongside his wife, running their program, GEM (Gentle Expert Memory care) Day Services.

GEM focuses on working with those who are diagnosed with Alzheimer’s and dementia to help build a positive support system while also assisting caregivers.

Through GEM, Angelo and Gail have partnered with local churches and organizations to provide services and entertainment.

Gail told The Coastland Times that she was attending services with Angelo at the Unitarian Universalist Congregation when they decided to do something nice for the congregation. “A lot of what we do is charity work,” she said. 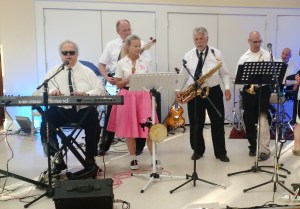 Sonnesso was born to perform; not only has he made his mark on those that share his disability, but he has stunned crowds with his musical abilities.

“A lot of times music will reach somebody when nothing else can,” he said. Music has given Sonnesso the opportunity to share his voice in a powerful way.

When Sonnesso is not performing, you can likely find him assisting the local Lions Club, spending time with GEM participants or just out and about in the community with Gail.

Sonnesso’s performance on the 21st will include a virtual tip jar, with all proceeds going towards GEM. To view the Courthouse Sessions and see Sonnesso along with the other talented musicians perform, visit www.facebook.com/DareCountyArtsCouncil.