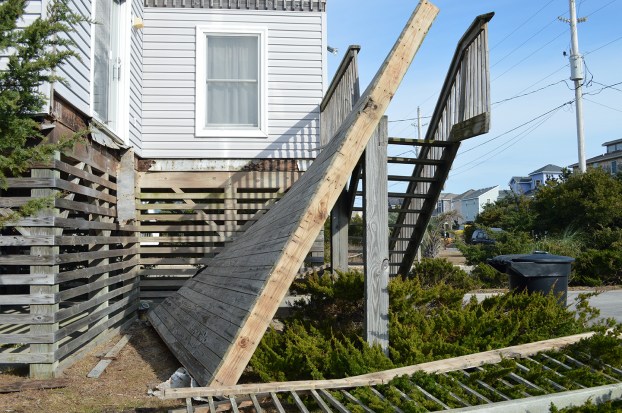 Deck collapse in Waves sends three to the hospital

This deck collapse on a Waves home sent two firefighters and an older man to The Outer Banks Hospital.

On the morning of Jan. 17, Chicamacomico Banks Volunteer Fire and Rescue Department was called to a home on Sea Isle Hills Drive to assist Dare County Emergency Medical Services personnel. The front deck to the home built in 1990 collapsed, sending department chief Mike Daugherty by ambulance to the hospital. Firefighter Tim Fitch was taken to the hospital by his spouse. Both men were treated and released and are home. The older man and homeowner, Richard Douglas Holman, was also taken to the hospital.

A neighbor woman was on the porch at the time of the collapse but declared herself uninjured, as did firefighter Jeremy Carpenter. Dare County building inspectors posted the property, declaring it an “unsafe structure.” 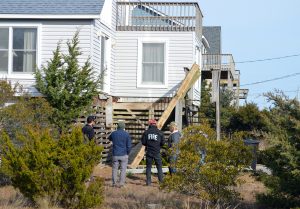 Jazz Era, a charcoal and watercolor work by Alyse Stewart, was selected for special Gallery Recognition at the Dare County... read more