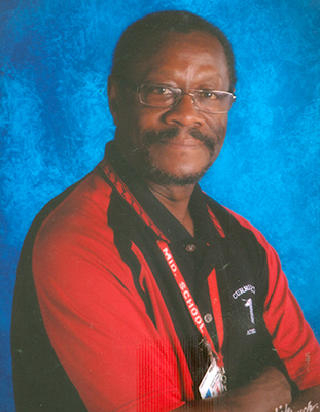 A funeral will be held Saturday morning at Currituck Middle School for Edmond A. Bailey Sr., a longtime coach at Currituck County schools.

He was a physical education teacher at Currituck Middle School from March 1998 through March 2013, and coached from 1995 for the county schools until he passed away.

He was also a certified bus driver and helped out with sports trips whenever he was available.

“Ed was always there to help when something needed to be done,” Currituck school officials said in an email. “Regardless of the request, he was willing to undertake the task and get it done.  His positive attitude and willingness to help will be hard to replace.  He was a true team player!”

A funeral will take place Saturday at 11 a.m. in the Currituck Middle School auditorium, with the Rev. Marcus Etheridge delivering the eulogy. Visitation will be held Friday from 5-8 p.m. at the school.

Bailey was a member of the Weeping Mary Disciples of Christ and graduated from Currituck Union School and ECSU.